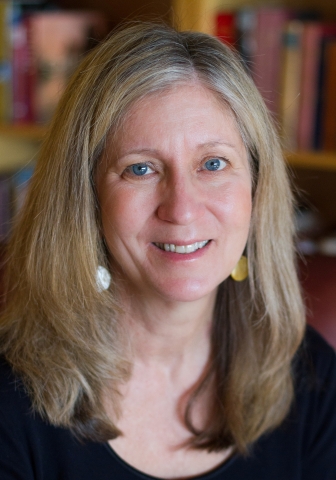 Since 1994, Ms. Price has been a member of the Intergovernmental Panel on Climate Change, which won the Nobel Peace Prize in 2007. She was a lead author of the IPCC’s Second, Third, Fourth, and Fifth Assessment Reports on Mitigation of Climate Change and served as a U.S. government expert for the recently-released Sixth Assessment Report. Ms. Price has provided technical and policy-making assistance related to related to energy efficiency and climate change mitigation on a variety of projects since the early 1990s for the U.S. Department of Energy, U.S. State Department, U.S. Environmental Protection Agency, World Bank, United Nations Industrial Development Organization, U.S. Agency for International Development, California Energy Commission, California Air Resources Board, Energy Foundation China, ClimateWorks Foundation, Hewlett Foundation, Oak Foundation, Bloomberg Philanthropies, and others.

Ms. Price has a BS in Geography and an MS in Environmental Science from the University of Wisconsin-Madison.

Journal and Editorial Board Memberships

Getting to Net Zero- China Report : Pathways Toward Carbon Neutrality A Review of Recent Studies on Mid-Century Emissions Transition Scenarios For China

Getting to Net Zero - U.S.-China Framework And Milestones For Carbon Neutrality

Has coal use peaked in China: Near-term trends in China's coal consumption

Reinventing Fire: China – the Role of Energy Efficiency in China’s Roadmap to 2050

The Allowance Mechanism of China’s Carbon Trading Pilots: A Comparative Analysis with Schemes in EU and California

The Role of Chinese Cities in Greenhouse Gas Emissions Reduction

The Role of Chinese Cities in Greenhouse Gas Emission Reduction

Energy Assessments under the Top 10,000 Program – A Case Study for A Steel Mill in China

Why the Energy Use of Chinese Steel Industry May Peak As Early As 2015?

Analysis of the Past and Future Trends of Energy Use in Key Medium- and Large-Sized Chinese Steel Enterprises, 2000-2030

Potential for reducing paper mill energy use and carbon dioxide emissions through plant-wide energy audits: A case study in China

Retrospective and Prospective Decomposition Analysis of Chinese Manufacturing Energy Use, 1995-2020

China Energy and Emissions Path to 2030

Quantifying the Co-benefits of Energy-Efficiency Programs: A Case Study of the Cement Industry in Shandong Province, China

A Comparison of Iron and Steel Production Energy Intensity in China and the U.S.

Development of a Low-Carbon Indicator System for China

Development of a Low-Carbon Indicator System for China

A Guidebook for Low-Carbon Development at the Local Level

A Comparison of Iron and Steel Production Energy Use and Energy Intensity in China and the U.S.

The CO2 Abatement Cost Curve for the Thailand's Cement Industry

Analysis of Energy-Efficiency Opportunities for the Cement Industry in Shandong Province, China

The Greening of the Middle Kingdom: The Story of Energy Efficiency in China

Guidebook for Using the Tool BEST Cement: Benchmarking and Energy Savings Tool for the Cement Industry

Use of Alternative Fuels in Cement Manufacture: Analysis of Fuel Characteristics and Feasibility for Use in the Chinese Cement Sector

Technologies and Policies to Improve Energy Efficiency in Industry

Sectoral trends in global energy use and greenhouse gas emissions

Energy Use in China: Sectoral Trends and Future Outlook

Implementing End-use Efficiency Improvements in India: Drawing from Experience in the US and Other Countries

Sectoral trends in global energy use and greenhouse gas emissions

Tax and Fiscal Policies for Promotion of Industrial Energy Efficiency: A Survey of International Experience

Voluntary Agreements for Energy Efficiency or GHG Emissions Reduction in Industry: An Assessment of Programs Around the World

Development of Energy Balances for the State of California

Tax and Fiscal Policies for Promotion of Industrial Energy Efficiency: A Survey of International Experience

Energy use and carbon dioxide emissions from steel production in China

Designing Energy Conservation Voluntary Agreements for the Industrial Sector in China: Experience from a Pilot Project with Two Steel Mills in Shandong Province

Voluntary Agreements for Increasing Energy-Efficiency in Industry: Case Study of a Pilot Project with the Steel Industry in Shandong Province, China

Voluntary agreements in the industrial sector in China

Voluntary Agreements for Increasing Energy-Efficiency in Industry: Case Study of a Pilot Project with the Steel Industry in Shandong Province, China

Development of an Energy Conservation Voluntary Agreement: Pilot Project in the Steel Sector in Shandong Province

Sustainable production and consumption of energy: Developments since the 1992 Rio Summit

Opportunities to improve energy efficiency in the U.S. pulp and paper industry

Policy modeling for energy efficiency Improvement in US industry

Energy use and CO2 emissions in Mexico's iron and steel industry

Energy Use and Carbon Dioxide Emissions from Steel Production in China

Potentials for energy efficiency improvement in the U.S. cement industry

Scenarios of U.S. Carbon Reductions: Potential Impacts of Energy-Efficient and Low-Carbon Technologies by 2010 and Beyond

Energy Use in Sweden: An International Perspective

Energy Use in Denmark: An International Perspective