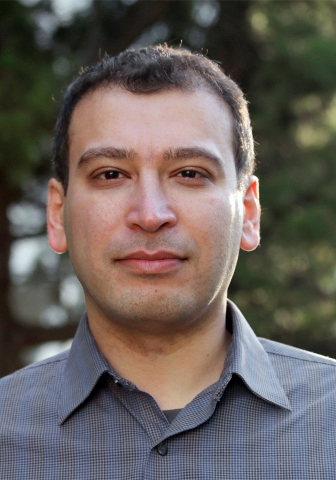 Ahmet Kusoglu is a Scientist in the Energy Conversion Group at Berkeley Lab, working on polymeric and functional materials for hydrogen and clean energy applications. His research focuses on the characterization of ion-conductive polymers and solid-electrolyte interfaces for energy conversion and storage devices and understanding related electrochemical-mechanical phenomena. Dr. Kusoglu holds B.S. and Ph.D. degrees in Mechanical Engineering, the latter of which he received from the University of Delaware, where he studied the characterization and durability of ionomer membranes and earned a graduate fellowship award. He then joined Berkeley Lab as a chemist post-doctoral fellow to investigate ionomers for fuel cells and flow batteries. His group's research at Berkeley Lab involves modeling and experimental characterization of ion-containing polymers, thin films, and interfaces to improve their stability and functionalities in electrochemical devices and to develop next-generation materials for clean energy technologies (e.g., fuel cells, water-splitting electrolyzers, flow batteries, and carbon-capture devices).

He is the recipient of 2016 S.Srinivasan Young Investigator Award of the Energy Technology Division of the Electrochemical Society and 2017-2018 ECS Toyota Fellowship. He has been part of multiple DOE-funded consortia (FC-PAD, M2FCT, HydroGEN, H2NEW), served as the Thrust Coordinator in Fuel Cell Performance and Durability Consortium; (FC-PAD), and currently serves as the Communications Director of the DOE-funded Million Mile Fuel Cell Truck Consortium (M2FCT).

His current research theme is structure-function relationships and mechanochemistry in solid-polymer electrolytes and interfaces, data-driven ionomer design for energy applications, as well as structural investigations of soft matter through advanced X-ray techniques at the Advanced Light Source (ALS). His interests include the role of hydrogen in the clean energy landscape, the decarbonization of heavy-duty transportation, and the science of data literacy and visualization.

Journal and Editorial Board Memberships

Influence of Mesoscale Interactions on Proton, Water, and Electrokinetic Transport in Solvent-Filled Membranes: Theory and Simulation

New roads and challenges for fuel cells in heavy-duty transportation

Impact of Dispersion Solvent on Ionomer Thin Films and Membranes

Theory of Multicomponent Phenomena in Cation-Exchange Membranes: Part I. Thermodynamic Model and Validation

Evolution of Ionomer Morphology from Dispersion to Film: An in Situ X-ray Study

Impact of Co-Alloy Leaching and Cation in Ionomer Thin-Films

Impact of Substrate and Processing on Confinement of Nafion Thin Films

Polymer Physics: Impact of Substrate and Processing on Confinement of Nafion Thin Films

Effect of Mechanical Compression on Chemical Degradation of Nafion Membranes

Structural and transport properties of Nafion in hydrobromic-acid solutions

Effect of compression on PFSA-ionomer morphology and predicted conductivity changes

Effect of Compression on Conductivity and Morphology of PFSA Membranes