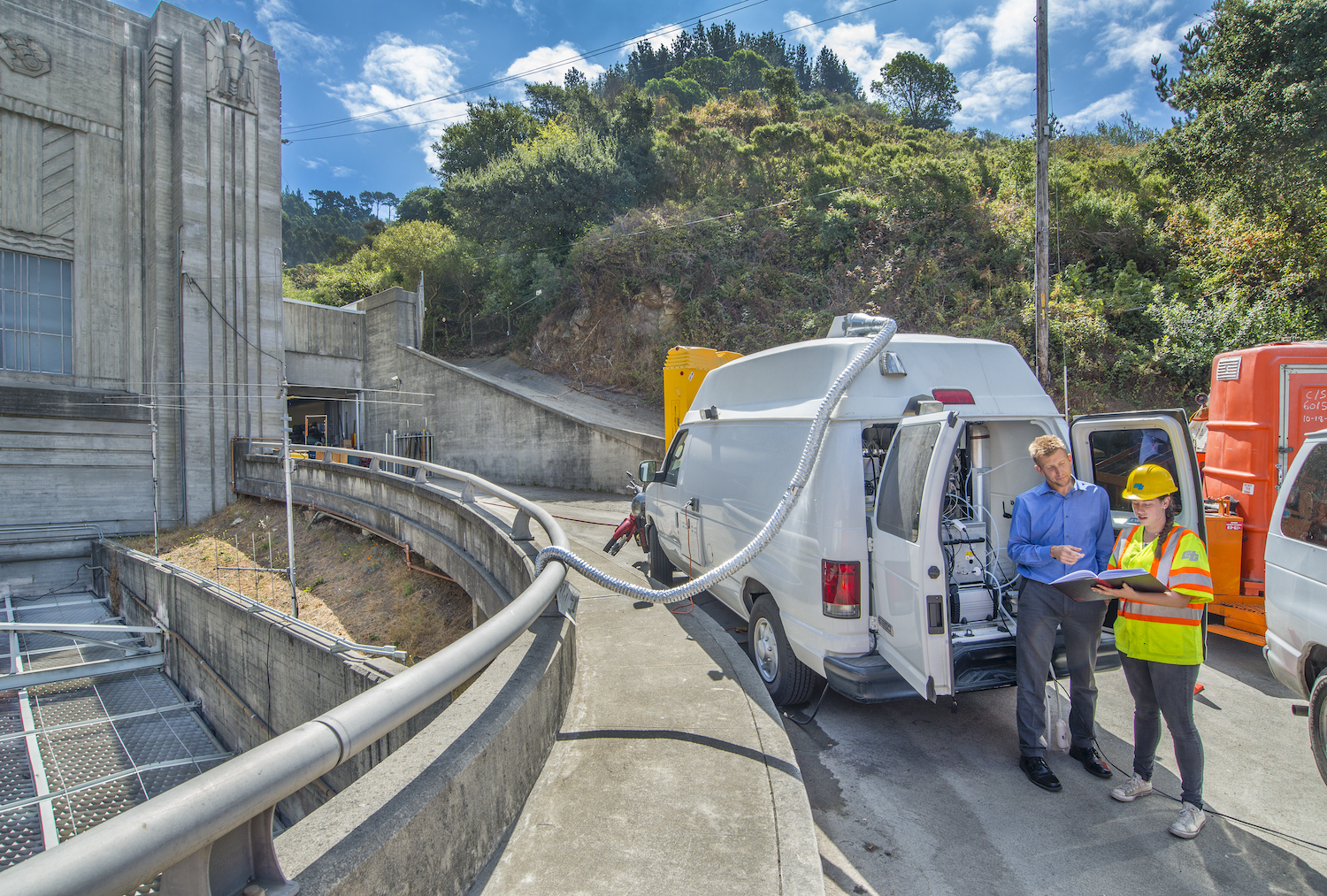 To address health and environmental concerns, statewide regulations from the California Air Resources Board (CARB) have led to the accelerated adoption of modern emission control systems—diesel particle filters (DPFs) and selective catalytic reduction (SCR) systems—by requiring retrofit or replacement of older engines on heavy-duty diesel trucks. The research team set out to quantify the changes in emissions caused by the use of modern emission control systems on heavy-duty diesel trucks.

“Our study allows us to understand the actual performance of these technologies rather than assumed performance that might be based on the certification of new trucks. It also provides the State with an independent assessment of air pollution benefits of its regulations,” said Kirchstetter.

The research team found large reductions in emissions of nitrogen oxides and black carbon, a major constituent of diesel particulate matter commonly known as soot. The team also measured increases in other pollutants, including ammonia, a precursor to atmospheric formation of particulate matter, and nitrous oxide, a potent greenhouse gas. “Overall, we found that DPF and SCR systems lead to a large net-decrease in the social cost of statewide exposure to diesel truck emissions, where social cost is a metric of particulate matter exposure-attributed premature mortality,” said Preble. The net impact on global warming potential-weighted emissions was small, due to offsetting decreases in warming black carbon emissions and cooling nitrogen oxides emissions.