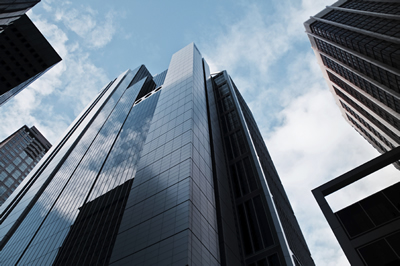 Current standards for U.S. offices require approximately 8 liters per second (L/s) of outdoor air ventilation per person. Providing twice as much ventilation would reduce sick building syndrome symptoms (SBS) and absences, improve work performance, and provide billions of dollars in annual economic benefits in the U.S., according to a recent study from the Lawrence Berkeley National Laboratory (Berkeley Lab).

These are among the conclusions of scientists at Berkeley Lab's Environmental Energy Technologies Division reporting the results of studies in two recently published journal articles.

Two studies describing the results were published in the peer-reviewed journals Indoor Air, and Building and Environment.

The paper in Indoor Air estimates the benefits of selected improvements in indoor environmental quality (IEQ) in U.S. offices when the base case is the existing level of IEQ in the stock of U.S. office buildings. They studied four improvements:

The authors created scenarios and evaluated the impacts of improving existing IEQ conditions with equations derived from research on how IEQ parameters affect SBS health symptoms, absence, and work performance. They also used EnergyPlus, a building simulation model developed by Berkeley Lab, to estimate how the addition of economizers would affect ventilation rates and building energy use.

"The estimates of health benefits rely on dozens of studies of the relationship of IEQ with health, absence, and office work performance," says William Fisk, the principal investigator and head of the Indoor Environment Department. The benefits from these four improvements in office building IEQ are the result of small increases in work performance, reductions in absence, and decreases in health care costs spread over a large population of workers.

"The estimated annual benefits of increased ventilation rates (increased outdoor air supply) in offices are as high as $22 billion," says Fisk, "with annual energy costs less than $0.1 billion." The addition of economizers was particularly attractive method of increasing ventilation rates. Projected net benefits are $12 to $22 billion, annual energy cost savings are $0.2 billion, and annualized implementation costs are also $0.2 billion, according to the research.

The study found that the estimated benefit of avoiding office overheating is $3.4 billion. Avoiding over-heating prevents 7.7 million weekly sick building syndrome symptoms during winter, improves winter time work performance on average by 0.2%, reduces winter dissatisfaction with thermal comfort by 12% among 40.4 million workers, and saves energy (not quantified in this study). The annual implementation cost is estimated at less than $0.4 billion.

The estimated annual benefit of reducing dampness and mold in offices is $0.5 billion, resulting from the elimination of 1.5 million days of absence.

The second study, appearing in the journal Building and Environment, estimates the benefits of increasing ventilation rates in U.S. offices using a base case that assumes that all existing offices have the minimum ventilation rate prescribed in the leading U.S. ventilation standard. The paper is called "Changing Ventilation Rates in U.S. Offices: Implications for Health, Work Performance, Energy, and Associated Economics."

The study conducted by Fisk, Douglas Black of Berkeley Lab, and Gregory Brunner of the U.S. Environmental Protection Agency, assumed a baseline ventilation rate in the U.S. stock of office buildings of 8 liters/second per person (8 L/s), which is slightly below the current ventilation rate recommended by ASHRAE (Association of Heating, Refrigeration, Air Conditioning Engineers). Eight liters of air per second is about 16 cubic feet per minute. ASHRAE sets voluntary minimum standards for buildings, and ventilation standards are designed to prevent high concentrations of indoor pollutants.

The result showed that with a 25 percent increase in ventilation rate to 10.0 L/s per person, the total economic benefit was $13.0 billion, and the estimated annual energy cost was $0.05 billion. The estimated benefits include prevention of SBS symptoms in half a million workers, elimination of 9.4 million days of short-term absence, and an average 0.3% increase in work performance.

With a 90 percent increase in ventilation rate to 15.0 L/s per person, the research showed a total benefit of $37.5 billion, at an estimated annual energy cost of $0.19 billion. The increased ventilation rate prevented SBS symptoms in 1.4 million workers, eliminated 30 million days of short-term absence, and increased work performance on average by 0.9%.

With a minimum ventilation rate of 8 L/s per person, adding economizers to buildings that don't have them was projected to save $0.32 billion in energy costs each year. In this scenario, the measure prevented SBS symptoms in 1.2 million workers, prevented 28 million days of short-term absence, and increased average work performance by 1.6%. The total annual economic benefit is an estimated $32.9 billion.

The benefits are again the result of small increases in work performance, reductions in absence, and decreases in health care costs spread over a large population of workers.

"Our study shows that the widespread benefits of increasing ventilation rates in office buildings far outweigh the energy costs by an order of magnitude, says Fisk, "and increasing the use of economizers in more commercial buildings would retain the benefits of higher VRs as well as result in energy savings."

Fisk cautions that there are several uncertainties in this study. "Our understanding of how ventilation rate affects health, performance, and absence is the main source of uncertainty.

"The value of this study to building owners and energy managers, architects and engineers, and policy makers is that, although there are uncertainties in the absolute magnitude of health benefits and energy costs, the study has shown that the economic benefits from improved health, reduced absenteeism, and improved work performance are far higher than the implementation cost."

"Most importantly," Fisk concludes, "there are opportunities to improve the health of building occupants and save on costs while reducing energy use simultaneously."

This research was funded by the U.S. Environmental Protection Agency.