Tasty Bacon Made From Seaweed Reels in Funding 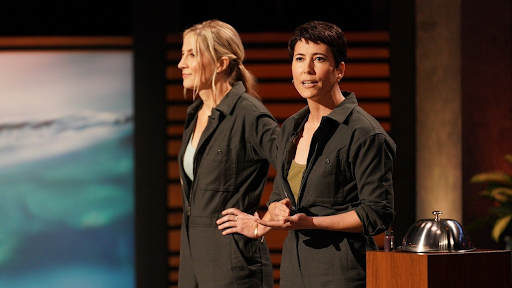 A highly realistic, plant-based bacon that harnesses the power of sustainable seaweed protein made an appearance on ABC’s Shark Tank, setting a new record during the show for the highest valuation of a pre-revenue company in the show’s history. Co-developed by Cyclotron Road entrepreneur-scientist Amanda Stiles, UMARO™ Bacon marks the first step in establishing ocean-farmed seaweed as a future global source of high-quality, abundant protein.

Stiles (pictured left), a plant biochemist, is a fellow at Cyclotron Road, a division of the Department of Energy’s Lawrence Berkeley National Laboratory (Berkeley Lab). Through a strong partnership with Activate, Cyclotron Road supports leading entrepreneurial scientists like Stiles as they advance technology projects with the potential for global impact. Stiles serves as chief technology officer and co-founder of UMARO Foods alongside CEO Beth Zotter.

"My mission is to reduce the factory farming of animals, and I think the best way to achieve this is to make plant-based foods that are so delicious, people prefer them. Seaweed protein just makes sense - seaweed is fast-growing, requires no land, no fresh water, and no fertilizer to grow.  We truly believe it is the protein of the future," said Stiles.

Ocean plants can produce five times more high-quality protein per acre than soybeans. Ocean-farmed seaweed is affordable, sustainable, and highly scalable – requiring no land use or disruption of marine habitat.

Plant-based bacon is just the start for UMARO Foods, said Stiles, and the company aims to expand its proprietary UMARO™ red seaweed protein into other plant-based meat products. Ultimately, UMARO closed a $3 million seed round this March and plans to launch their plant-based bacon in restaurants soon.

“Cyclotron Road and Activate have been an enormous help in moving UMARO Foods forward. They've provided an amazing network, lab space to help us get our start, and an endless amount of advice and mentoring for me as I make the transition from scientist to entrepreneur,” said Stiles.  “I'm honored to be a part of the program, both for the impact it has had on the company, and personally as well for the opportunity it has provided me to interact with so many fascinating people working to change the world.”

Stiles also recently discussed the future of ocean-farmed protein in a more in-depth conversation at a University of California - Berkeley Midday Science Cafe.