Lab Water Technology Among Best in the World 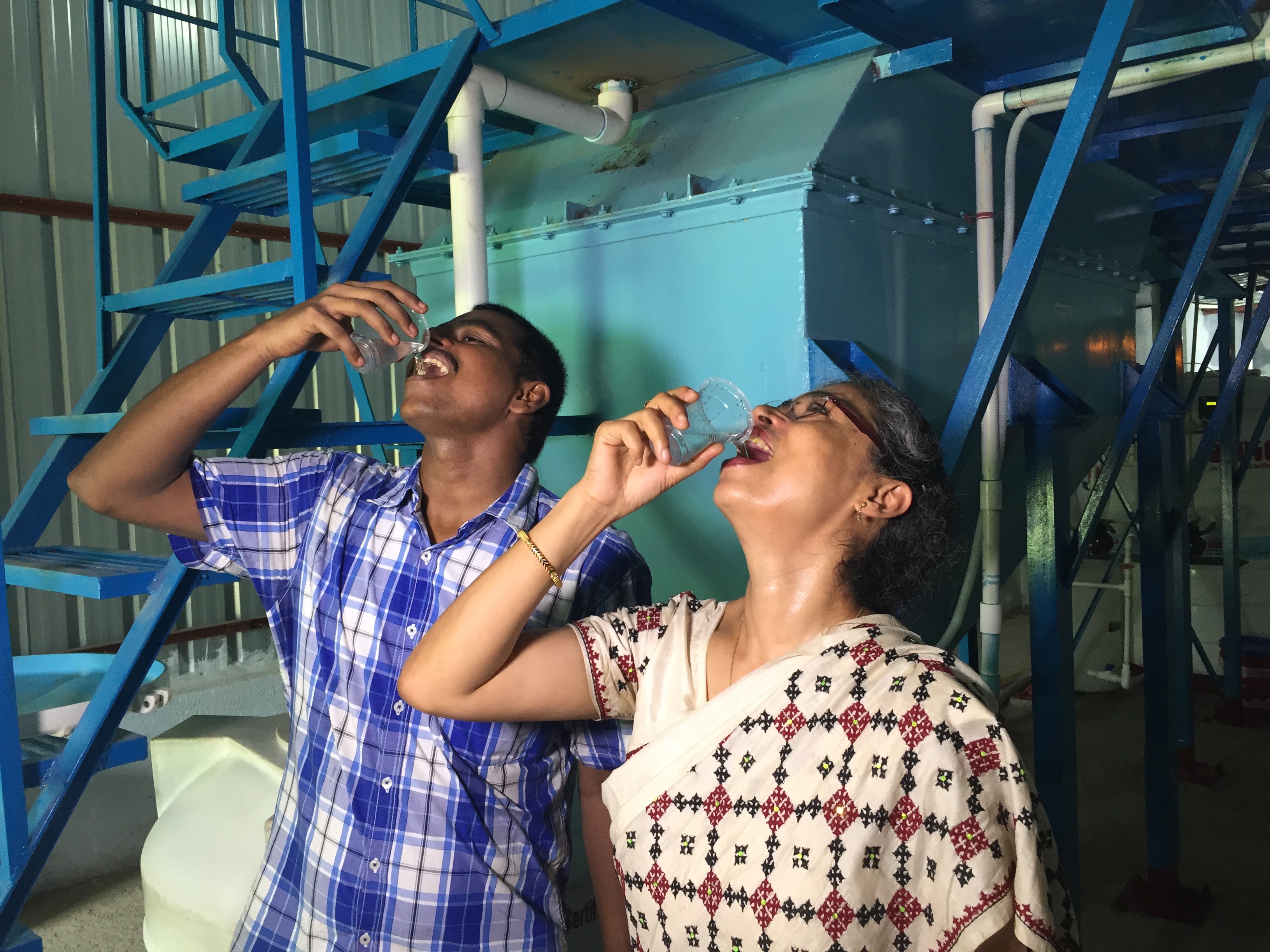 Water-purifying technology developed at Lawrence Berkeley National Lab (Berkeley Lab) was named among only five in the world that meet current international standards in a recent study from United Nations University examining systems for small communities.

Long-term exposure to arsenic is linked to skin lesions, peripheral neuropathy, diabetes, cardiovascular diseases, and cancer. Yet at least 140 million people in 50 countries have been drinking water containing arsenic at levels above this guideline, the study authors note.

ECAR immerses steel electrodes connected to a low-voltage power supply in the water to be treated. The treatment creates rust, which then oxidizes and captures arsenic. The captured arsenic then coagulates and is filtered out.

The daunting challenge of removing arsenic in water is multilayered. First, there's the standard itself. No more than 10 micrograms—an amount that could fit on the wing of a housefly—of a substance that is colorless and odorless per liter of water. Most drinking water contains thousands of times higher concentrations of harmless substances such as phosphate.

"You have to get your target just right. It's like fishing for one particular fish," said Ashok Gadgil, the senior faculty scientist at Berkeley Lab who leads work on ECAR. Complicating the task, there are two types of arsenic, and only one is easy to catch—the other must be converted so that it will take the "bait" of the oxidized rust.

Then there's the hardest part of the challenge, says Gadgil: "Do all of this in a way that is so robust that somebody with a fourth-grade education in a rural part of a developing country will be able to do it successfully without having sophisticated controls or knowledge or even a hardware store nearby."

Gadgil and colleagues have set up an ECAR-based water treatment plant out of a government school at Dhapdhapi village in West Bengal, India. Since 2016, it has been producing water that falls well below the WHO arsenic standard and sells (at a profit) for less than 1 U.S. cent per liter, a price that is affordable to local community members.

The Berkeley Lab research team is working the next tech that builds on knowledge gained in developing ECAR.

"Cheaper, better, faster," Gadgil says. "That's what has happened in the last year." The new version will be tested in an arsenic-affected Central Valley California community this summer.

Gadgil and colleagues are grateful for support from many funders, among them: Berkeley Lab’s Laboratory Directed Research and Development seed funds, the U.S. Environmental Protection Agency’s P3 program, the Dow Chemicals endowment at Haas Business School, UC Berkley Big Ideas, the U.S. Agency for International Development’s Higher Education Solutions Network support for the Development Impact Lab at UC Berkeley, and most recently, the Indo-U.S. Science and Technology Forum in India.