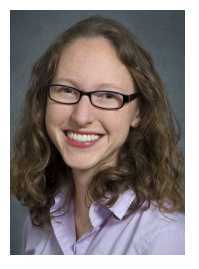 The award is designed to recognize the contributions of Department of Energy (DOE) employees to the mission of the Department and to the benefit of the United States. The JBEI team was recognized for pioneering the development of biomass-derived ionic liquids ("bionic liquids") to enable one-pot conversion technologies that are efficient, feedstock flexible, scalable, and economically viable to support production of biofuels and co-products.

The team members honored by this award are Tanmoy Dutta, N.V.S.N. Murthy Konda, Corinne D. Scown, Blake A. Simmons, Seema Singh, Aaron M. Socha, Jian Sun, and Feng Xu. This team is a model of inter-institutional collaboration that JBEI has enabled, with about half of the team having been affiliated with Sandia (Dutta, Singh, Socha, Sun, and Xu) and the other half with Lawrence Berkeley National Laboratories (Konda, Scown, and Simmons).

The members have worked together to advance cellulosic biofuels research and development by increasing the economic and environmental sustainability of biomass pretreatment. The bionic liquid-enabled integrated one-pot process reduces annual operating cost by 40 percent and water use/waste water generation by approximately 85 percent, and has the potential to reduce greenhouse gas emissions by as much as 50 to 85 percent compared to conventional gasoline. With clear economic and environmental benefits, the one-pot bionic liquid process may represent a breakthrough technology in the cellulosic biofuel development.

Dutta, Konda, Singh, and Socha received the award on behalf of the team from Secretary Perry at the ceremony held on August 29 (pictured from left to right with Secretary Perry in the center).