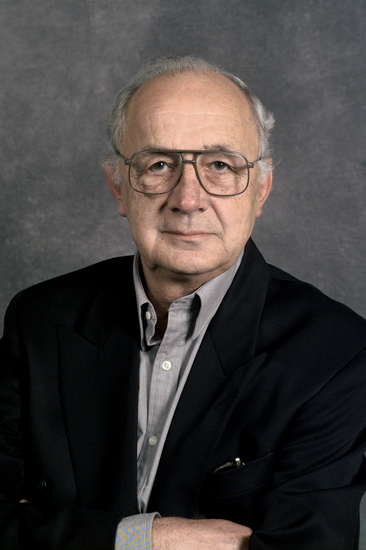 Tihomir (Tica) Novakov, a Serbian- American physicist, passed away as a result of natural causes at the age of 85 in Kensington, California on January 2, 2015. Dr. Novakov was a distinguished member of the Serbian Academy of Sciences and Arts and a Senior Scientist at the Lawrence Berkeley National Laboratory.

Novakov was born in Sombor, Serbia on March 16, 1929. His father was a veterinarian and his mother was a homemaker. While in high school, Novakov began to build x-ray tubes and radios, pursuing scientific knowledge on his own. After graduating from the University of Belgrade with a PhD in Nuclear Physics, he taught at the University of Belgrade and worked at the Vinca Nuclear Institute. Novakov immigrated to the United States in 1963 and worked at Shell Development Company prior to becoming a research scientist at the Lawrence Berkeley National Laboratory (Berkeley Lab) in 1972.

That year, he founded the Atmospheric Aerosol Research Group at Berkeley Lab that spawned the now mainstream field of research on carbonaceous aerosols. The Aerosol Research Group enjoyed an international reputation and conducted groundbreaking research on heterogeneous atmospheric reactions, the importance of carbonaceous aerosols as cloud condensation nuclei, and the optical properties and climate implications of sunlight absorbing black and organic carbon.

In the late 1960s and early 1970s, Novakov’s group was the first to apply X-ray photoelectron and Raman spectroscopy to samples of atmospheric aerosols, which helped to establish the existence of a large elemental or soot fraction and provided definitive identification of physical structures similar to graphite and activated carbon in urban and remote aerosols, including in the Arctic. Following these discoveries, Novakov coined the term “black carbon” to refer to the sunlight absorbing portion of ambient particulate matter. Novakov’s aerosol research group, which included Hal Rosen, Ted Chang, Anthony Hansen, Ray Dod, Henry Benner, and Lara Gundel, developed new analytical techniques for measuring black carbon, the most notable of which is the Aethalometer. The Aethalometer, the name of which is derived from a Greek word that means, “to blacken with soot,” is today the mostly widely used instrument worldwide for measuring atmospheric concentrations of black carbon. Novakov hosted the first International Conference on Carbonaceous Particles in the Atmosphere at Berkeley Lab in 1978 to provide a forum for scientists to discuss this emerging research field. The conference series continues today alternating every few years between Berkeley and Vienna. Novakov retired in 2001 but continued his research as a retiree until 2009, and then as a guest scientist.

Between 1952 and 2013, Novakov authored more than 150 research papers published in peer-reviewed journals that have been cited in more than 6000 articles. Examples (below) of popular titles spanning five decades and his last publication show the breadth and significance of Novakov’s work:

“The aethalometer–an instrument for the real-time measurement of optical-absorption by aerosol-particles,” Hansen, Rosen, and Novakov, Science of the Total Environment, 1984

“Evidence that the spectral dependence of light absorption by aerosols is affected by organic carbon,” Kirchstetter, Novakov, and Hobbs, Journal of Geophysical Research-Atmospheres, 2004

Much credit can be given to Novakov for establishing black carbon as an important pollutant. A number of recent studies have suggested that black carbon is, next to carbon dioxide, the second strongest contributor to climate change. Novakov’s latest activities focused on historical aspects of anthropogenic aerosols. He continued to conduct research and enjoyed mentoring young scientists until the last month of his life.

Novakov was a polyglot who spoke Serbian, Hungarian, Russian, English and German. A lifelong lover of opera, Novakov was a patron of the San Francisco Opera and the Metropolitan Opera for more than 40 years.

Marica (Mima) Novakov his wife of 60 years passed away in February of 2014. He is survived by the couple’s daughter, Anna Novakov, an Art History professor at Saint Mary's College of California and granddaughter Christina Novakov-Ritchey, a doctoral student at University of California, Los Angeles.