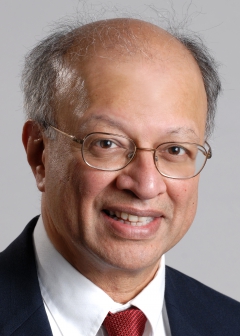 The American Physical Society has awarded Ashok Gadgil the 2015 Leo Szilard Lectureship Award. Gadgil is the Director of the Environmental Energy Technologies Division (EETD) of Lawrence Berkeley National Laboratory (Berkeley Lab), and the Andrew and Virginia Rudd Family Foundation Distinguished Chair of Safe Water and Sanitation, Professor of Civil and Environmental Engineering at the University of California, Berkeley.

The award citation reads: "For applying physics to a variety of social problems and developing sustainable energy, environmental and public health technologies, as well as demonstrating how these could be scaled up, thus contributing to improved life for millions."

The Society established the Award to recognize outstanding accomplishments by physicists in promoting the use of physics for the benefit of society in such areas as the environment, arms control, and science policy. It was established in 1974 by the APS's Forum on Physics and Society as a memorial to Leo Szilard in recognition of his concern for the social consequences of science. The award was later expanded to a lectureship format to promote awareness of the application of physics to social problems and to increase the visibility of those engaged in such activities.

The Szilard Lectureship Award is sponsored by donations from the John D. and Catherine T. MacArthur Foundation, the Energy Foundation, the David and Lucille Packard Foundation and individuals.

The Szilard Lectureship Award will be presented at the APS April 2015 meeting in Baltimore, MD, April 11-14, 2015, at a special Ceremonial session. Gadgil will present a lecture about UV Waterworks, the energy-efficient Darfur stove, and other projects that led to his being selected for the award at this session.