Wind energy continues to see strong growth, solid performance, and low prices in the U.S., according to a report released by the U.S. Department of Energy (DOE) and prepared by Lawrence Berkeley National Laboratory (Berkeley Lab). With levelized costs of just over $30 per megawatt-hour (MWh) for newly built projects, the cost of wind is well below its grid-system, health, and climate benefits. 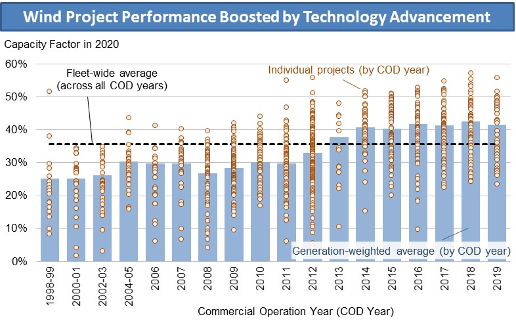 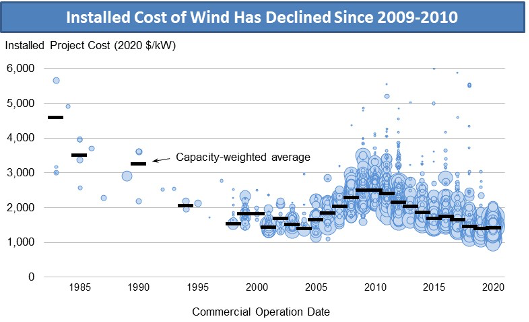 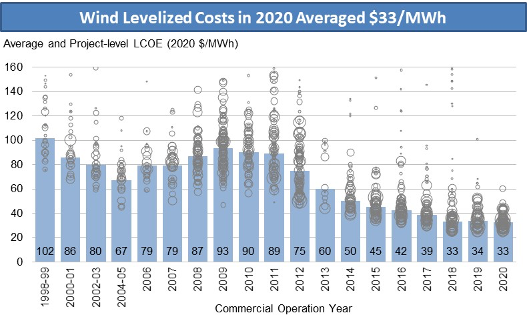 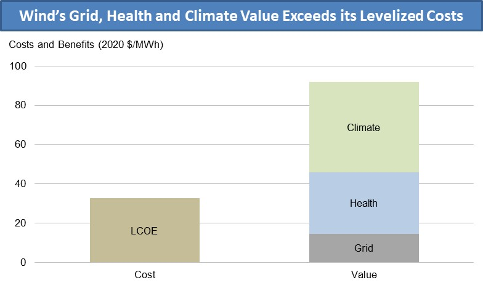 Berkeley Lab’s contributions to this report were funded by the U.S. Department of Energy’s Wind Energy Technologies Office.

The full Land-Based Wind Market Report: 2021 Edition, a presentation slide deck that summarizes the report, several interactive data visualizations, and an Excel workbook that contains the data presented in the report, can be downloaded from windreport.lbl.gov.  The report is a continuation of the annual series previously known as the Wind Technologies Market Report. Companion reports on offshore wind and distributed wind are also available from the Department of Energy.

The U.S. Department of Energy’s release on this study is available at energy.gov/windreport.