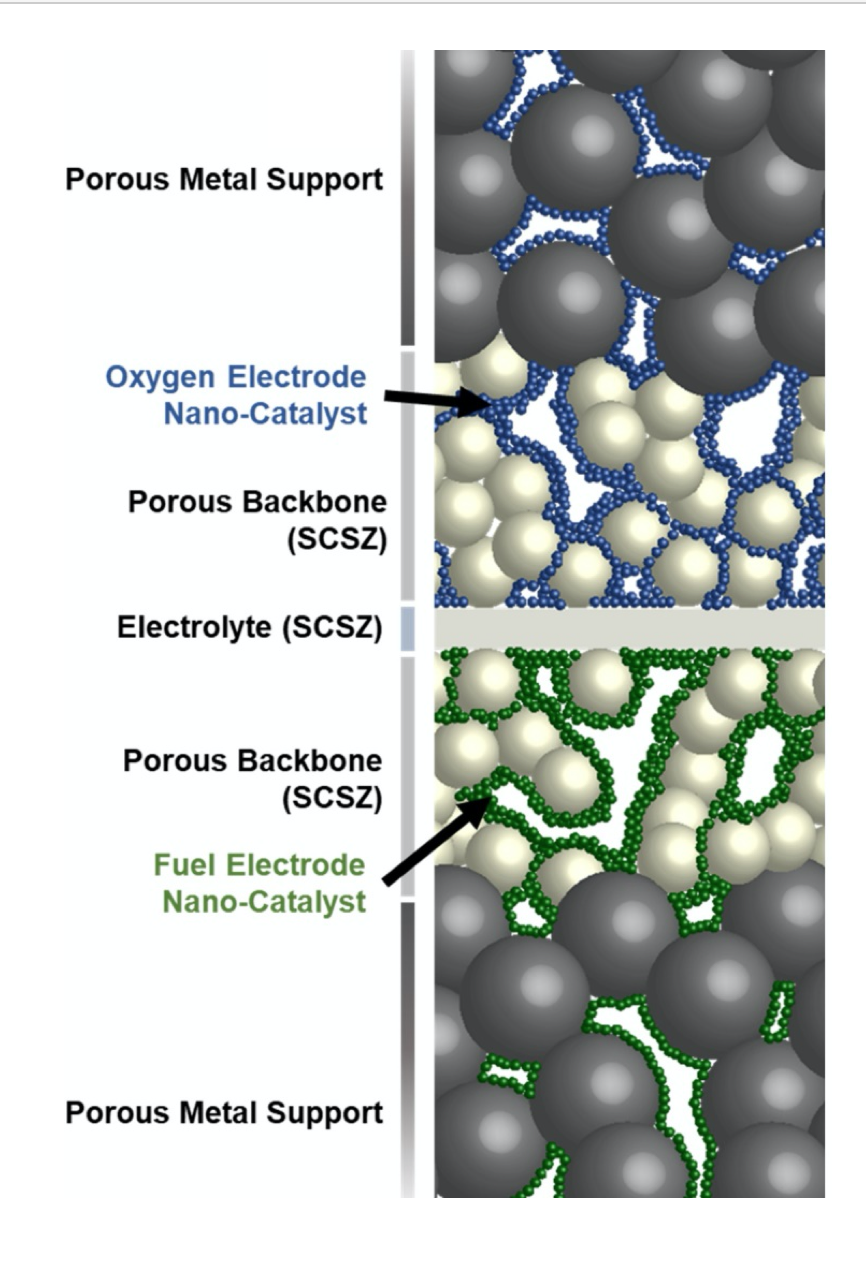 With its high energy-to-weight ratio, hydrogen has great potential to be an efficient and clean fuel for cars, auxiliary power, stationary power generation and also as an energy storage medium. Lawrence Berkeley National Laboratory (Berkeley Lab) researchers have been working with various methods of hydrogen production to produce cleaner and more efficient hydrogen for decades. New successful research by Berkeley Lab’s Mike Tucker and his team in the Energy Storage and Distributed Resources Division shows the potential of using metal-supported solid oxide electrolysis cells (SOECs) in the production of hydrogen.

Their research was published by Energy Technology in a 2019 article: "Metal‐Supported Solid Oxide Electrolysis Cell with Significantly Enhanced Catalysis." The article has been named as one of the top articles of the year by the editorial office of the journal.

“We are excited to embark on steam electrolysis research, and these results may also open the door for other solid oxide cell applications such as co-electrolysis with carbon dioxide and power-to-products,” Tucker said. “This was our group's first publication on electrolysis, and receiving this recognition from Energy Technology underscores the increasing importance of electrolysis in our research portfolio and in the solid oxide cell community in general.”

The work was done through the HydroGEN Advanced Water Splitting Materials Consortium, established as part of the Energy Materials Network under the U.S. Department of Energy, Office of Energy Efficiency and Renewable Energy, Fuel Cell Technologies Office.

More information on this research can be found at tuckerlab.lbl.gov/ and the HydroGEN consortium’s website (www.h2awsm.org/ ).