With new funding, thirdhand smoke researchers will pursue translational studies aimed at lessening the health impacts of exposure to thirdhand smoke (THS)—the toxic residues from tobacco smoke that linger on indoor surfaces and in dust long after a cigarette has been extinguished. 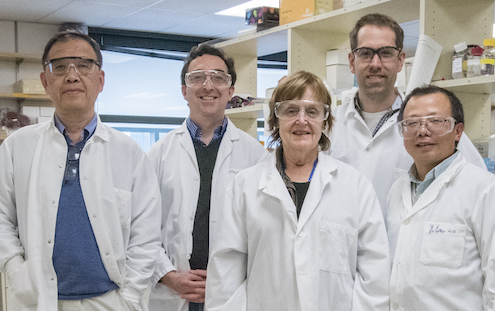 The TRDRP is managed by the University of California and administers the portion of state retail taxes on tobacco products that is designated for research. In 2015, it awarded Berkeley Lab thirdhand smoke researchers grants totaling $1.3 million. Results of that previous round of funding included finding an increased lung cancer risk in mice exposed to THS, as well as effects on weight and blood cell development. The researchers first provided evidence in 2013 that THS causes DNA strand beaks and oxidative damage in human genes. Such findings were used by the California State Assembly and New York State to approve legislation banning smoking in home-based daycare centers.

The goal of the new project is to amass novel evidence of how early-life exposure to THS impacts cancer development in the general population, and how individual genetics affect this process, said Hang. “This knowledge should be valuable for preventing THS-induced human health effects, as well as for framing and enforcing new policies against THS in the United States.”

In 2018, the thirdhand smoke research team—comprised of Hang, Mao, Snijders, Altaf Sarker, and Mohamed Sleiman, and Destaillats, Gundel, Brett Singer, and Xiaochen Tang—received a Berkeley Lab Director’s Award for Exceptional Achievement in Societal Impact. The award citation noted that their research delineating the hazards of THS exposure “is vital for protecting and improving public health nationwide.”