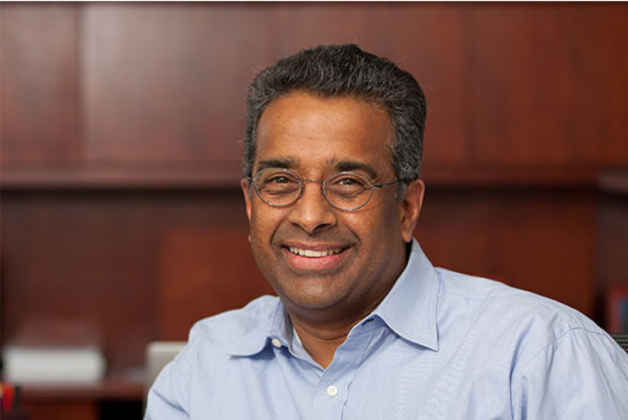 Ramamoorthy Ramesh, senior faculty scientist in the Materials Sciences Division of the U.S. Department of Energy’s Lawrence Berkeley National Laboratory (Berkeley Lab) and professor of physics and materials science & engineering at UC Berkeley, has been elected as a foreign member of the Royal Society for his “discoveries in complex oxides, from novel fundamental physics, through new materials, to their application in ferroelectric, magnetic and multiferroic devices.”

Ramesh’s research is known worldwide for his seminal contributions to the field of complex functional oxides. He has published over 600 papers and reviews, and his work has been cited over 70,000 times.

He pioneered major areas of research, including the materials physics of ferroelectrics. His work on correlated phenomena in oxides led to the discovery of colossal magnetoresistance in manganites. And in the area of multiferroics, ­­he demonstrated the use of electric fields to control magnetism and more recently emergent phenomena in oxide superlattices.

He was elected a fellow of the American Association for the Advancement of Science in 2005, and in 2011, he was elected to the National Academy of Engineering, among many other awards.

From 2010 to 2012, he served as the founding director of the SunShot Initiative at the Department of Energy, overseeing and coordinating the R&D activities of the U.S. Solar Program.

Today, he is among the Royal Society’s 51 new fellows, 10 new foreign members, and 1 new honorary member.

The Royal Society, which dates back to 1660, is the oldest scientific academy in continuous existence. The self-governing fellowship is made up of the most eminent scientists, engineers, and technologists from the UK and the Commonwealth. Fellows and foreign members are elected for life through a peer review process on the basis of excellence in science.