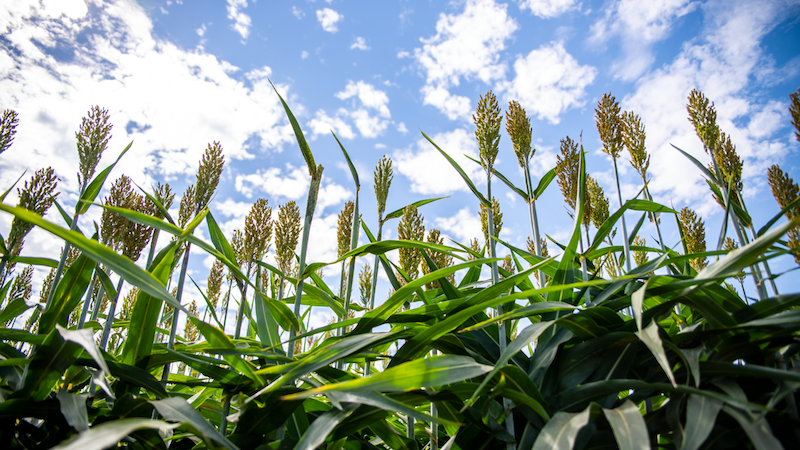 Biofuels are an important part of the broader strategy to replace petroleum-based gasoline, diesel, and jet fuels that we use today. However, biofuels have so far not reached cost parity with conventional petroleum fuels.

One strategy to make biofuels more competitive is to make plants do some of the work themselves. Scientists can engineer plants to produce valuable chemical compounds, or bioproducts, as they grow. Then the bioproducts can be extracted from the plant and the remaining plant material can be converted into fuel. When produced in the plant itself, bioproducts can help reduce the cost of the resulting biofuel.

But one important part of this strategy has remained unclear — exactly how much of a particular bioproduct would plants need to make in order to make the process economically feasible?

Now researchers at the Department of Energy’s Lawrence Berkeley National Laboratory (Berkeley Lab) and the Department of Energy’s Joint BioEnergy Institute (JBEI), which is managed by Berkeley Lab, have provided the first definition of this amount. Their study, jointly led by Corinne Scown and Patrick Shih, was published recently in the Proceedings of the National Academy of Sciences.

The researchers first gathered information on a group of well-studied bioproducts that plants can already effectively produce — ranging from flavors and fragrances to biodegradable plastic. Making a valuable bioproduct would help offset the cost of making biofuels and make the whole process cheaper.

“It’s a really elegant solution, to be able to engineer a plant to directly accumulate a valuable bioproduct,” said Scown, a researcher in JBEI and Berkeley Lab’s Energy Technologies Area.

They then designed and simulated what it would take to extract these bioproducts from plant material in the context of an ethanol biorefinery. In this setting, valuable bioproducts would be extracted from the plant, while the remaining plant material would be converted into ethanol.

This helped them answer two important questions: what amount of bioproduct the plant needs to produce in order to make the process of extracting it worthwhile, and what amount needs to be made in order to reach the target ethanol selling price of $2.50 per gallon.

To their surprise, their results showed that the amount plants need to make is actually quite feasible. For example, they calculated that when accumulated at 0.6% of the biomass dry weight, a compound such as limonene — used in flavor and fragrance — would offer net economic benefits to biorefineries. In other words, if they can harvest 10 dry metric tons of sorghum biomass from an acre of land, they need to recover only around 130 pounds of limonene from that biomass.

“The researchers in our Feedstocks Division were surprised by how modest the target levels were,” Scown said. “The levels we need to accumulate in plants to offset the cost of bioproduct recovery and drive down the price of biofuels are well within reach.”

Their results show that this strategy for reducing the cost of biofuels is feasible — but scientists shouldn’t put all of their eggs in one basket, because the market for each high-value product is limited in size. Their analysis suggests that just five commercial-scale biorefineries could support the entire projected 2025 market demand for limonene. Scown said crops need to be engineered to produce a broad range of products to make sure the industry is diversified and the market is not flooded for any one product.

“With techno-economic models, this research provides new insights into the role of bioproducts in improving the economics of biorefineries,” said Minliang Yang, a postdoctoral researcher at JBEI and lead author of the study.

Scown said the biggest impact of the paper is that it offers the first quantitative basis to actually implement this cost-saving strategy, providing a starting point for scientists who are attempting to engineer or breed plants that create bioproducts on their own and offset the cost of making biofuels as a result.

“I think this research is just the first step to demonstrating the future potential of engineered bioenergy feedstock crops,” said Shih, Director of Plant Biosystems Design at JBEI. “I would imagine that our findings will help motivate future efforts to make biofuels economically viable.”

This research was supported by the DOE Office of Science.