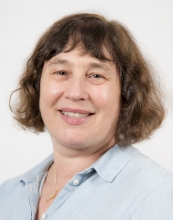 Doeff, who is deputy division director for Berkeley Lab's Energy Storage and Distributed Resources Division, previously chaired the ECS Battery Division. "I have really enjoyed working for the Battery Division," Doeff said. "It's been  great seeing how much enthusiasm there is in the community about helping our division and the ECS, especially from early career folks."