The Bay Area Battery Summit (BABS) just concluded its sixth annual conference, which was held virtually on November 17-18. This year, the two-day conference went beyond batteries and focused on catalyzing collaboration to drive innovation among key players in energy storage.

The summit brought together leading researchers and policymakers, pioneering companies and startups, as well as innovative entrepreneurs and investors to discuss how to implement the U.S. Department of Energy’s (DOE’s) Energy Storage Grand Challenge (ESGC) and scale technologies from the lab to manufacturing and the marketplace. Three of DOE's Bay Area National Labs have rotated co-hosting BABS each year since 2015, and this year the summit was co-hosted by New Energy Nexus, CalCharge and Lawrence Livermore National Laboratory. 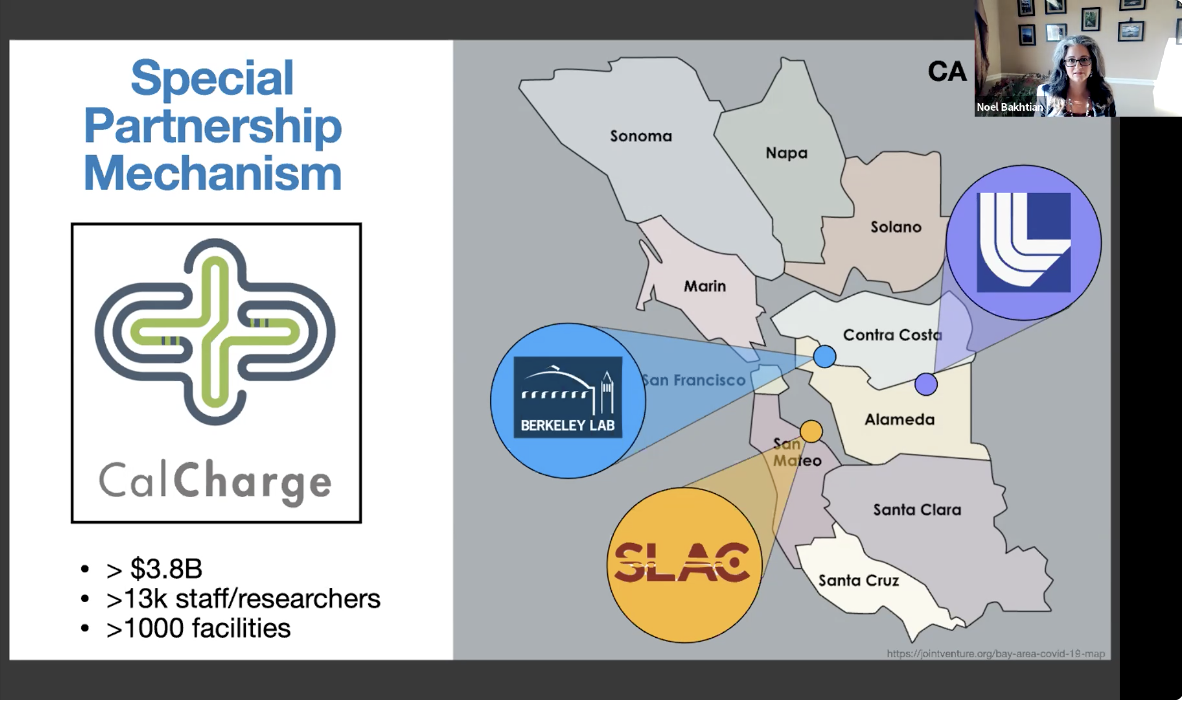 “California has one of the largest and most dynamic concentrations of energy storage players in the world,” said Bakhtian. “Three Bay Area National Labs - Berkeley Lab, Lawrence Livermore National Laboratory and SLAC National Accelerator Laboratory - have come together under the CalCharge branding, operated by the New Energy Nexus, to provide energy storage stakeholders structure, value and access to the National Labs. We aim to anchor a thriving ecosystem to accelerate our nation’s energy storage innovation and deployment.”

Early on, Berkeley Lab began pioneering the concept of a consortium of companies working in the energy storage space, and became a founding member of CalCharge. To streamline the contractual mechanism by which industry can leverage Lab expertise and capabilities, Berkeley Lab helped develop the CalCharge CRADA, which is available to all CalCharge members. To explore partnership with one of DOE’s National Labs through CalCharge, please fill out this survey.